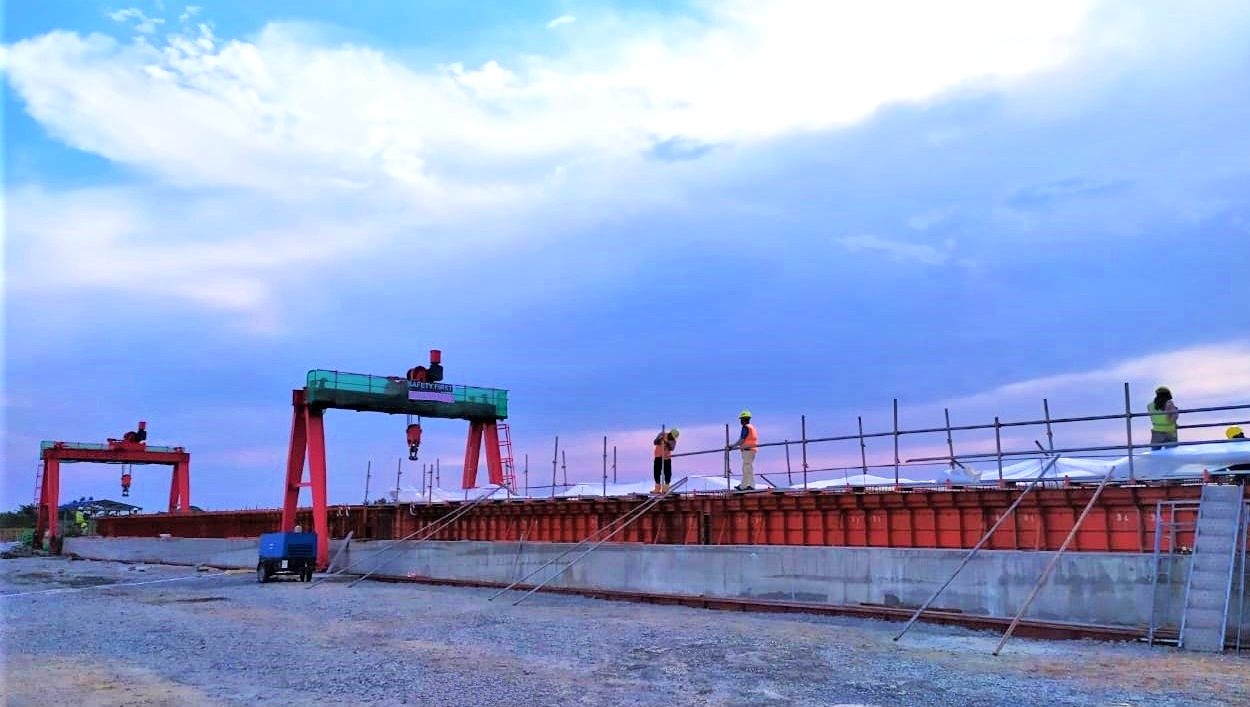 Established in 2013, since its first project in Myanmar, the Hledan flyover, UTRACON has been actively involved in Myanmar’s construction industry as a specialist sub-contractor.

Utracon’s involvement in Yangon-Mandalay Railway Improvement Project is another example of the company’s relentless effort to establish itself as a reputable company which aspires to be the best in its field of engineering.

The four main modes of transport in Myanmar are roadways, waterways, railways and airways. The usage of railway is significantly larger compared to other modes of transportation. However, due to deteriorating conditions and inadequate budget for maintenance, commuters taking the railway have been decreasing over the years.

To improve the overall safety and performance of Myanmar’s railways and the passenger/cargo transport capacity, the Myanmar government launched the Yangon-Mandalay Railway Improvement Project, which is funded by Japan International Cooperation Agency (JICA).

" Pre-tensioning method in PC I-girder production is a method whereby prestressing strands are tensioned, against two rigid reaction beams system, prior to casting of concrete. "

Utracon is honored to be part of the project, with the scopes of works listed below:

Phase I is divided into 3 packages with a total of 248 PC I-girders to be constructed, span ranging from 20m to 30m. In terms of aesthetic and effectiveness, pre-tension I-girder with the height from 1.4m to 1.8m is adopted.

Utracon is involved with two out of the three packages, namely CP102 and CP103, with a total of 176 PC I-girders.

The girder is prestressed with high-strength strands. A pair of 4500 kN solid ram jack with lock nut, fixed between the steel reaction beam structure and anchorage beam, is used to pretension all strands at the same time. After the concrete has gained sufficient strength, the solid ram jacks are slowly retracted to gradually transfer the prestressing forces into the I-girder

For CP102, total 3 number of casting yards are constructed nearby respective bridges. For the casting yard, Utracon supplied 2 pairs of Mini Gantry (35 tons capacity each set) with winch system to lift and shift the girder (heaviest weight is about 58 tons), within casting area and loading area. In addition, motorized sliding systems are used to shift the girder horizontally within storage area.

All girders for these two packages would be fabricated on temporary casting yards near the bridge location. In the casting yards, stringent control is taken to ensure the efficiency and quality of the girder fabrication. The main areas of the casting yard include:

Cost-effectiveness is derived from repetitive usage, of steel moulds for fabrication of I-girders. These moulds are delivered to the project site in modular panels and are assembled on site by using crane. Steel panels are durable, easy to assemble & dismantle and produce better quality finishes